Before this year fades from memory, I thought it would be instructive to take a look back at 2013 and examine how well, or not well, government contractors did in terms of revenue growth. You will recall that this past year, companies had to endure almost all the downside trauma that government can throw at them—budget delays, budget cuts, sequestration, a shutdown, and non-stop uncertainty. All of these actions caused procurements to slip to the right and, in some instances, be cancelled. Because of this turmoil, only 15 percent of government contractors made it through the year with an uptick in sales, and the rest found their sales flat or declining rapidly.

If your firm’s revenue grew at all in 2013, you should feel pretty good because you were the exception in the market. What really surprised us was that only 15 percent of all companies surveyed reported positive sales growth in 2013, and smaller companies tended to have more significant growth than the larger firms. 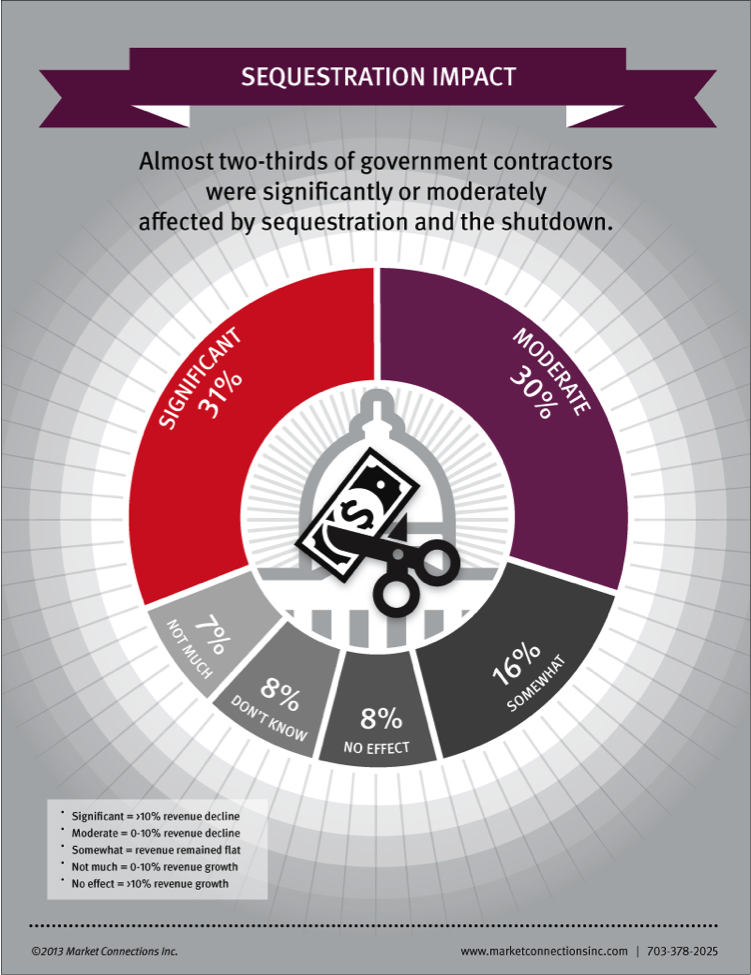 Wrapping it up with a bow

Personally, I’m glad to see 2013 coming to a close, and I remain optimistic about 2014. It looks like Congress will pass a budget, and the president will undoubtedly sign it into law. This greatly reduces the uncertainty in the market, and there is even encouraging discussion that some of the sequestration cuts may be restored. Given this, let’s wrap up 2013 with a bow and get your game on for 2014!