Editor’s note: Anne Loehr is Generational Guru, Author & Transformational Leader. This article originally appeared on her blog. It has been reprinted in its entirety with her permission. 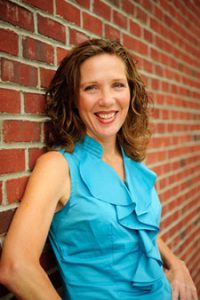 Bias—a tendency to believe that some people and ideas are better than others—wrecks havoc in the workplace. It keeps women and people of color out of the boardroom, limits job opportunities, prevents organizations from the true monetary and cultural benefits of a diverse workforce, makes it difficult for Baby Boomers to get tech jobs, and more. It’s easy to identify and limit bias when it’s overt, but that’s not always the case. Sometimes bias is completely unconscious.

Unconscious bias is harder to pin down and eradicate for obvious reasons—it’s unconscious. Even those with the best intentions behave in biased ways and simply have no idea they’re doing it. Most of us use biased language without giving it a second thought.

Companies like Google, whose employees are 70% male and only 3% Hispanic, look to unconscious bias, or hidden bias, as a way to explain their inequitable diversity statistics. How else could such a well-educated, well-intentioned company account for hiring mostly young, white and Asian men?

How Can You Manage Something You Can’t Tell Exists?

The good news is that unconscious bias hiding in plain sight works in management’s favor. That’s because the concept is relatively blameless. If we all have hidden biases, then admitting to them, and working on eliminating them, won’t single us out. Managers will meet less defensiveness in this regard, hopefully increasing employees’ and leadership’s willingness to learn.

Yes, leadership. No one is immune to unconscious bias and all initiatives should be company-wide.

Here are seven tips for managing unconscious bias that you can use for yourself, and introduce to your team:

A good place to start is the Implicit Associations Test (IAT), developed by Tony Greenwald, a University of Washington professor who started unconscious bias research in 1994. The tests takes five minutes and is a speed exercise that cuts through the perceptions of our own bias. Prepare test takers for a possible surprise. For example, about 75% who have taken the IAT show ethnic and gender biases.

Avoid words or phrases like: ‘the kid’, ‘oh man’ or ‘oh brother’, ‘manpower’, ‘you guys’, ‘attendees and their wives’, ‘man-sized job’, etc. These words are biased and feed the subconscious biases of those around you. Here is more information about biased language, including a table of alternative words to add to your vocabulary.

3. Identify particular elements in company processes that function as entry points for bias.

Start by taking a look at these four things:

Where does bias have the opportunity to influence each process? For example, when looking at how people are hired, you may notice that 70% of people interviewed are men. You could then strip names and other identifying aspects from resumes before review. Learn more about using interruption as a strategy to eliminate workplace bias here.

4. Include positive images and words of diverse groups in the workplace such as posters, newsletters, videos, reports or podcasts.

Exposure to negative stereotypes can influence your behavior in ways you may not notice. To counteract that, surround yourself and your team with the opposite: positive images and words. For example, if you have a Nigerian woman joining your IT team and you notice you’ve assumed language will be a problem, look at positive images of people from Nigeria, and read success stories about Nigerians who have integrated well into English-speaking organizations.

5. Visualize a positive interaction with the group toward whom you may have a bias.

Research shows that visualizing a particular situation can create the same effects behaviorally and psychologically as actually experiencing the situation. In addition, brain studies reveal that mental imagery impacts several cognitive processes in the brain, including attention, perceptions, planning, and memory. This means you can train your brain for action through visualization.

6. Include both men and women with equal decision-making authority on employment interview panels.

It’s easy to perpetuate gender bias when one gender has more decision making power than another. The reason can even be as basic as the fact that people tend to hire and promote people who look like them.

7. Encourage workers to call out bias and hold each other accountable.

Part of making a concerted effort to eliminate prevailing bias is working together. This is especially key when it comes to hidden bias. Awareness is the first step to enacting any sort of change, so help those on your team be more aware of their behaviors so they are able to self-correct. This goes for management and leadership too. All major organizational changes need to have complete buy-in and support from leaders.

Biases come in all forms. There are biases against each generation, people with disabilities, LGBT people, working parents—even a person’s height can cause bias! It’s important to realize that racial, ethnic and gender biases hurt the success of organizations. So create an environment for an open dialogue by emphasizing that everyone is guilty of unconscious bias, and make a strong effort to address the issue, starting with the tips above.

Anne thrives at the intersection of leadership, relationships, and connections. Her books, online learning programs, keynotes and workshops seamlessly blend insights and experiences from Leadership Development and Management Development as she teaches clients how to leverage diversity in the workplace. You can contact her via her website: AnneLoehr.com