Federal Messaging and Directory Services in the Cloud 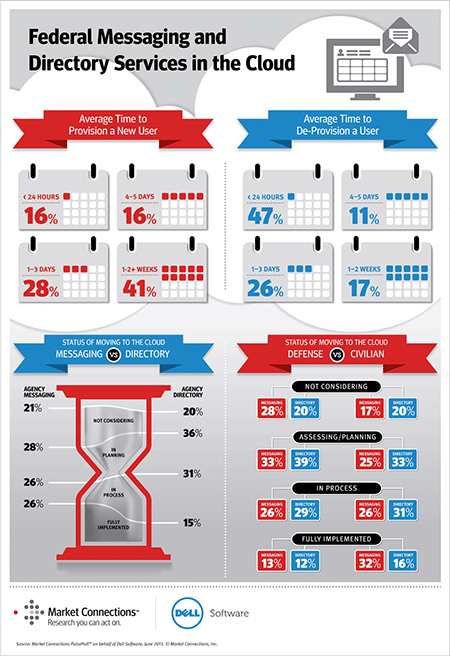 The slow provisioning and de-provisioning of government employees can be costing the federal government millions of dollars each year, which is a key finding of Market Connections PulsePollTM commissioned by Dell Software.

With the federal workforce totaling more than 4.4 million employees, users need instant access to technology to maintain productivity—starting the first day on the job. With federal government turnover of approximately 80,000 personnel per month, agencies’ ability to provision and de-provision users can have a tremendous impact on operational costs.

According to the poll of 200 federal IT decision-makers, agencies are slow to move messaging and directory services to the cloud, which can play a significant role in mitigating this problem. Almost half (41%) of respondents say their agency takes one week to more than two weeks to fully provision a user, while more than a quarter (28%) take four business days to two weeks.

Fill out the form below to download the white paper and infographics.

Federal Messaging and Directory Services in the Cloud