But There Is Still Work to Be Done

Over the past 5+ years, Market Connections has surveyed and interviewed thousands of federal employees about agency challenges and needs that could be addressed through IT modernization. It is heartening to see that all the technology and work performed by federal IT contractors over the past half-decade has paid off at a critical time during which the need for federal telework has escalated.

This was further confirmed in a recent article from WorkScoop, which highlighted key insights into how federal agencies were prepared for and responded to necessary telework activity during COVID-19. Thanks to recent IT modernization efforts, many agencies had the technology in place to handle telework requirements. Investments in agency technology, such as the adoption of cloud services and collaboration tools, led to federal agencies being much more prepared for the 2020 health crisis. And while most agencies had the infrastructure in place for an eligible portion of their workforce, most agencies still struggled to transition and keep “business as usual.” Despite all the infrastructure and technology in place, agency culture still lagged in many places. 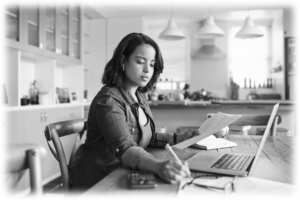 A Market Connections PulsePoll™ of federal IT decision-makers’ response to COVID-19 found that half of respondents were not (or very rarely) teleworking prior to the pandemic, compared to 90 percent who are currently teleworking at least part-time.

Agencies had to work to prepare staff for the new normal brought on by the need to telework. This included helping staff become familiar with technical aspects of telework (including video conferencing platforms and evolving security requirements) along with the human aspects of telework such as managing remote employees and ensuring comfort levels for employees working from home.

“It took an event of forced acceptance to get comfortable,” Federal CIO, Suzette Kent said (according to the article). She also stated, “Now that somebody’s [teleworked], and they’ve done it every day for 30 days, it’s not scary anymore. This crisis has shown people that we can successfully work differently.”

What Does This Mean for the Future?

The mission is NOT accomplished for the federal IT contractor supporting IT modernization efforts. The basic building blocks are in place, but the key question will be what are agency needs come 2021? As agencies slowly and cautiously reopen to traditional work environments, to what extent will current habits begin to change the future norms? While forcing their employees to keep business as usual during and forcing them to quickly adapt, will this open the door for new telework policies across the board?

According to our ongoing poll, three-quarters of respondents envision working at least part-time in the future. However, many acknowledged that the current situation forced the hand of many supervisors and managers that were hesitant. It will be important to keep an ear to the ground later this year to see which way things go.

Finally, according to the article, Kent says while she hopes to continue to knock out some of the bad things in this situation as quickly as possible, “We’ll also take some of the learnings, the resiliency and the open eyes to what can be done in a digital and virtual environment and save those and use them as a spring for the future.”